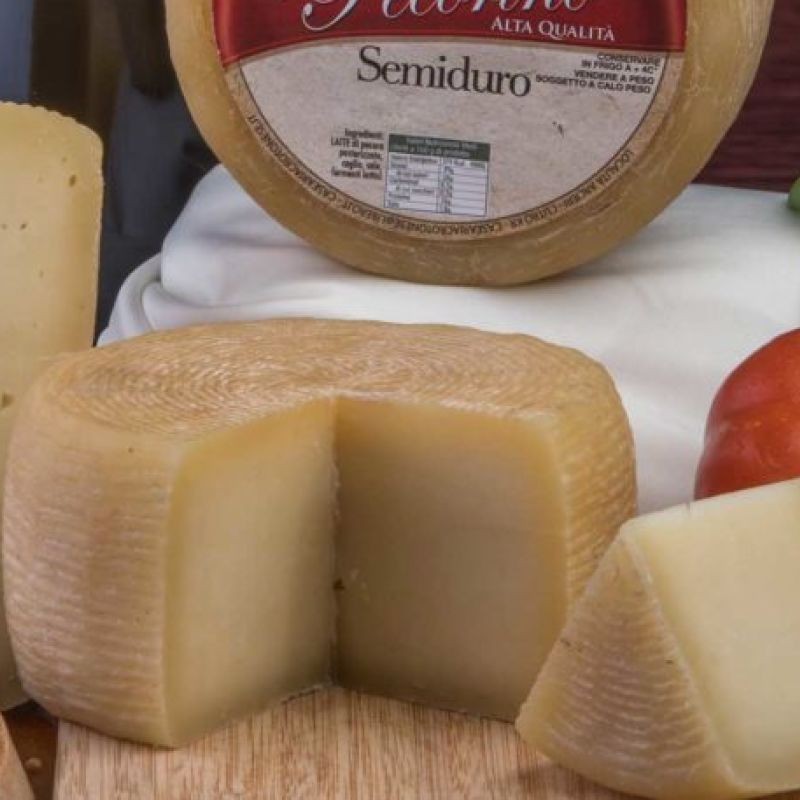 Pecorino cheese is produced exclusively from whole sheep's milk, from sheep farms of the Marchesato di Crotone in compliance with the legislation on organic breeding, following the dictates of the oldest pastoral tradition.

Milk topped at 72 C ° for 15 sec. and subsequently brought to a temperature of 37 ° C, live lactic ferments and rennet in kid paste are added so as to allow coagulation, the curd thus obtained is broken into small grains of rice and collected manually in baskets which give it its characteristic shape, then undergoes a manual pressing to facilitate the release of the whey, followed by a stewing phase at 65 ° C and then passed to salting both dry and in brine.

Hi, When is this Pecorino Crotonese Semiduro - Calabria Scerra
available to buy. Every time I come to this web site its not available?? Thanks Frank